What happens to overdrawn director's loan accounts in an insolvency?

In simple terms, a director’s loan account is money, aside from salary and dividends, loaned to a director by the company.

It is most certainly not illegal and, if all goes well, there are no tax implications. However, if the loan is not repaid within certain time limits, or the money taken out exceeds money put in, or it is not deemed to be remuneration by payroll or dividend, it becomes an overdrawn loan account and problems can arise.

HMRC will assess this as an interest-free loan and demand that you pay income tax on it, as a ‘beneficial loan’. The benefit is the interest that would have been paid if you had taken out a bank loan.

Taking money from a business is straightforward for sole traders but extracting money from a limited company which is a separate legal entity, is complex and potentially open to scrutiny – especially if business failure leading to insolvency proceedings are involved.

The complications occur if a director’s loan account becomes overdrawn – referred to as an ODDLA. You are seen to be benefitting from a director’s loan, from the company to yourself. For the time it is unpaid, such a loan is considered a company asset. An asset that will have to be repaid and made available to creditors in the event of a formal insolvency.

If, under these circumstances, you find yourself unable to repay your director’s loan, problems can arise. In an insolvency, a licensed insolvency practitioner must look into whether such a loan account is overdrawn. If it is, it will almost certainly be considered a company asset that the liquidator would pursue.


Dealing with an overdrawn director's loan account as part of insolvency

Approximately 75-80% of insolvent businesses involve a director with an overdrawn DLA.

If a company was historically making higher profits, the director may have drawn too much from the company and struggle to repay it as the prospect of business failure arises. It is unlikely that a licensed IP will write off the director’s loan account. It is an asset of the company that should be realised to pay creditors.

There are legitimate ways to reduce the amount of the ODDLA and limit liability. These include reasonable claims for expenses such as equipment bought from personal funds, business mileage and other expenses. 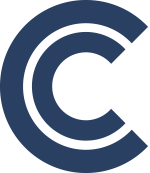